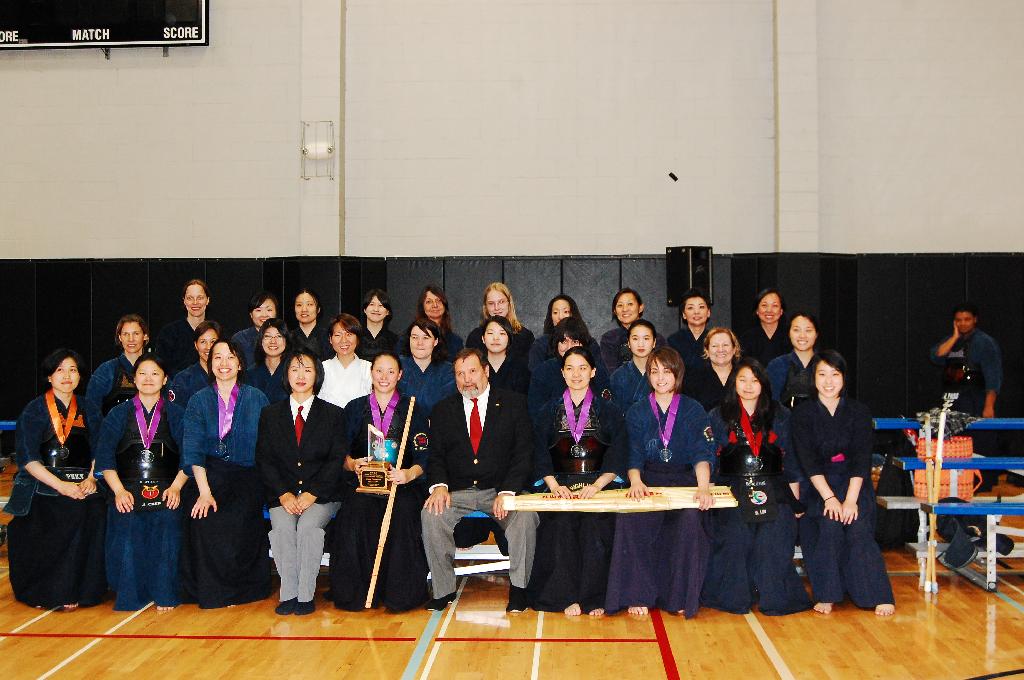 The PNKF is proud to be the sponsor and host for the North American Women’s Kendo Taikai, held every three years in the Greater Seattle area.

Started in 2001, a different guest instructor is brought in and teaches a week long seminar at the various dojos in the PNKF. At the end of the week the tournament is held and includes individual rank dan and kyu divisions. The tournament begins with the team event, each team being comprised of 5 members and beginning with a round robin format, leading into a single elimination bracket.

The PNKF prides itself on being a leader in the promotion of women in kendo and the annual PNKF Tournament was the first tournament in the USA to offer a women’s only division. If you would like to learn more about the Women’s Kendo Tournament and when it’s scheduled next, visit the Women’s Kendo site.